After thirty years of denying he had the mental illnesses that were controlling his life, Tazz realized that being a manic-depressive, attention deficit, socially-anxious, obsessive-compulsive dyslexic could either destroy or enhance his life: the choice was his. Today, audiences are happy to join him on his rapid cycle ride down the never-ending road to recovery that has led him from speaking engagements across North America to the psych ward at the Calgary Foothills Hospital.

Known as the “Bi-polar Buddha”, Tazz is equal parts comedian and student self-care and mental health advocate, who loves to enlighten, educate and inspire. His one-man shows have drawn rave reviews and standing-ovations from coast to  coast. Tazz’s many national festival appearances have included the prestigious Just For Laughs festival in Montreal, and the CBC Winnipeg Comedy Festival, and his explosive Gala performances can be seen frequently  on CBC television and the Comedy Network. In 2008 Tazz set a record for the longest continuous standup comedy show at 8 ½  hours.

For the past 25 years, Tazz has toured North America speaking on Good Mental Health, Bully-Proofing, Student Self-Love and Self-Empowerment,  raising awareness that stigma affects us all. He brings forth light and laughter for those living with mental Illness, with his newest endeavours, ‘Out of My Mind’, ‘Big Daddy Tazz Running AMOK (Actively Motivating Our Kids)’and ‘Tazzy Reads Stuff’, this father of two believes that it is time to educate, embrace, and empower everyone so that we may all stand tall and give stigma a bad name!

Tazz speaks candidly about his struggles, and ultimately his triumphs, over not only being diagnosed with mental illness, but facing the  terrifying stigma that surrounds it.

“…thank you so much! Just hearing that someone else has felt  the same struggles and has moved past them gives me strength and hope… you are the light at the end of my tunnel!”

Audience members who live with mental illness or who are struggling with stigma in any form, often find themselves empowered, inspired and proud of who they are, “warts” and all! Others gain a better understanding of how the ignorance of stigma can negatively impact so many, stopping them from finding the help they desperately seek. All will leave with the tools to make a positive, accepting difference as well as a heart full of laughter, light and compassion.

“Big Daddy Tazz will make you laugh till you cry then laugh  again… it’s the bi-polar way!”

Tickets $35 including fees and charges

Vaccine passports will be checked at the venue and will be required for entry as per the Province of BC Public Health requirements. 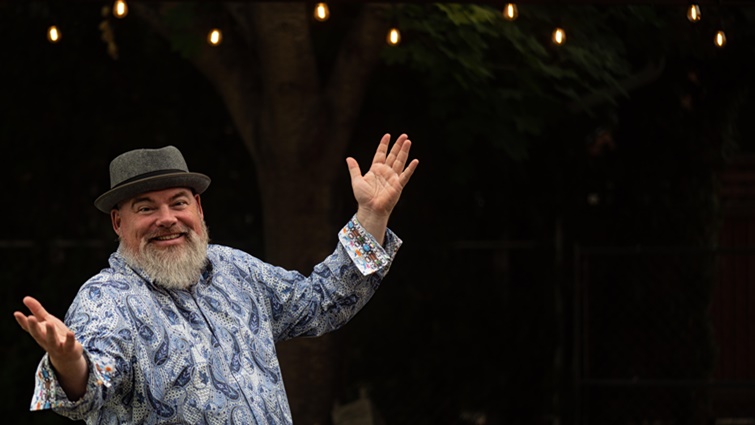